What were some of the inspirations for the look and feel of High Elves?

(Todd DeMelle, Art Director): When we first began thinking about high elves for LOTRO, I found I had a pretty clear initial mental image for them. Their postures poised, graceful, but steadfast. Their faces sculpted and powerful, wise but not old. Their garb light but formidable, of fine craftsmanship, intricate but not overstated.

(Robert Tighe, Sr Animator): Most of my inspiration comes from descriptions of the elves in the Lord of the Rings books. The elves and elvish made items being light and strong is a consistent truth throughout Tolkien’s works.

(Todd): I totally started at the same point, Rob. The difference in my mental images though, was that they were all pretty static. Strong figures in poised stances regarding their circumstances with stoic detachment. Their hair was usually blowing.

Despite being pretty clear, these particular visions were specific and nuanced in a way that didn’t immediately translate into great direction for the variety of day to day activities that a LOTRO avatar typically undertakes. Heroic stances don’t get us much further than inspiration for the avatar standing in the character selection ui. One other place beyond that they did translate into the game was in the posture of the high elf riding animations. I was very happy, working with Rob, the high elves’ animator, that we were able to distinguish the high elves from the normal lotro avatar riding posture in a way that, to me, really captures something essential about them. But, as for the solution to how does a high elf run and move and fight, it was really Rob who found the spirit of the high elves and came up with our broad solution for high elves in action in the animations he made for them. 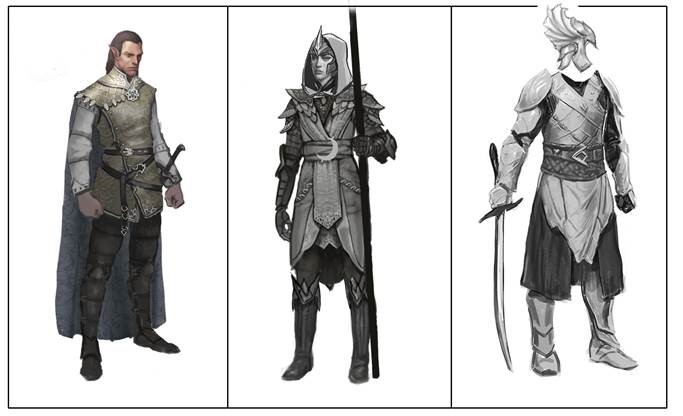 Doing concept for the high elves cultural armor started with our typical bag of materials and construction, some traditional elvish themes and motifs and some others from Chris’s amazingly comprehensive culture doc. And from there, it was an exercise in going ornate and pulling back, getting intricate and then subduing. Pushing and pulling to find that balance between elegance and complexity. Between clean practicality and the richness of exquisite craftsmanship. I think what we ended up with for the armor expresses that balance well.

Ultimately, numerous artists contributed their vision and inspiration to the lotro high elf and I’m very proud of their work. The high elf has come to lotro and is, I believe, properly distinguished among the lotro avatars. 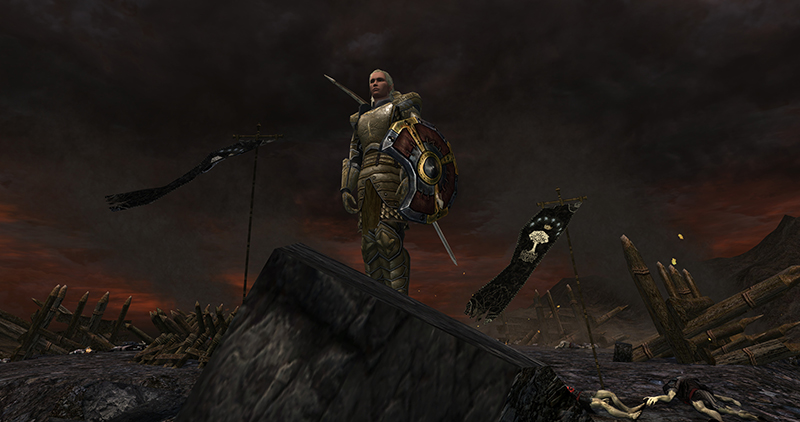 What’s being introduced with this new race? I hear there are new animations paired with this race.

(Robert): The running and jumping animations for our high-elves are light when compared to the other races in our game. Gravity seems to affect them less. Descriptions including “graceful yet strong” and “…those who had gone to Valinor were the fairest and had the greatest skill of body.” come to mind. Graceful yet strong brought images of dancers to mind. The best dancers have excellent control over their bodies. We created some unique skill animations that were graceful and flashy; we limited the amount these play so as not to distract from gameplay.

There’s a fine line between graceful and prancy. Between poised and haughty. We worked hard to find the middle ground of these traits for a result that is appealing and that players will have fun playing.